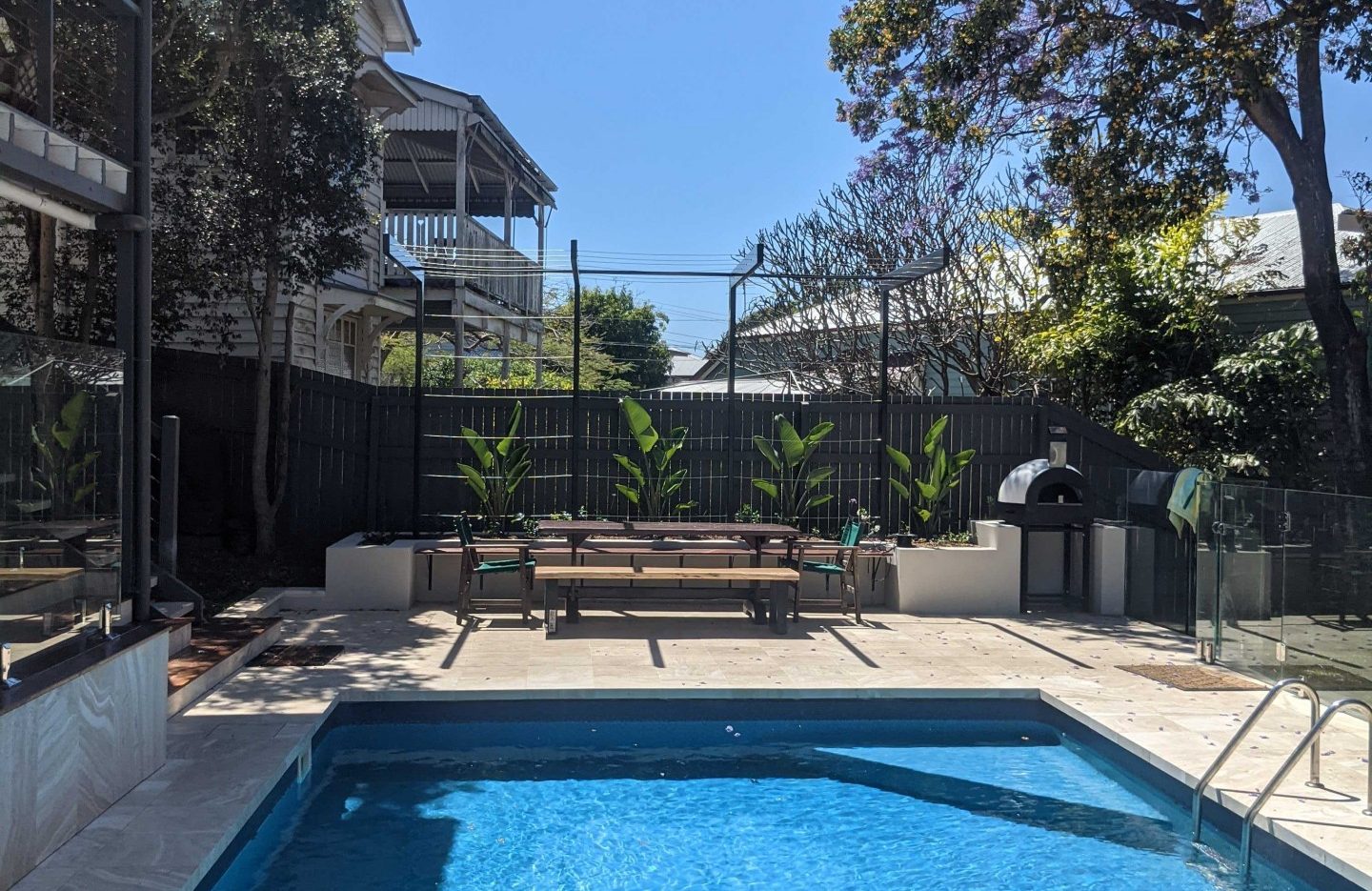 This property featured an enormous amount of under utilised used space that was ready to go and be face lifted – and what a face lift we gave it!

Throughout the design we focused on maximising the flow and levels from the house down to the pool and how they could be better utilised to expand the sense of space within each of the defined areas.

By re-paving the pool surrounds and creating a series of featured deck components – floating deck, amphitheatre style stairs, spa in deck – we were able to create a whole new version of outdoor luxury for this home.

The inclusion of a raised planter, Pizza Oven and built in bench seat that was the same width of the existing pool meant that all of our new components were made to feel as though they were pre-existing and complimented rather than clashed with the existing structures surrounding the property. 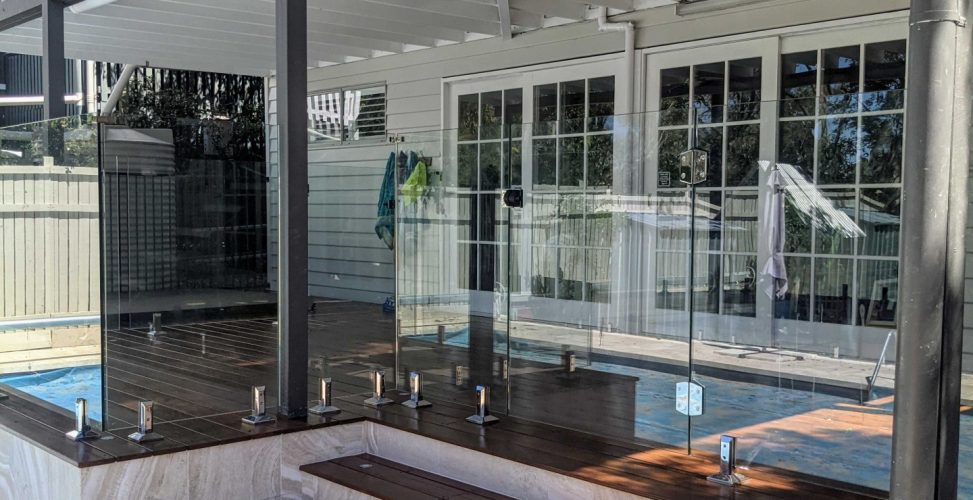 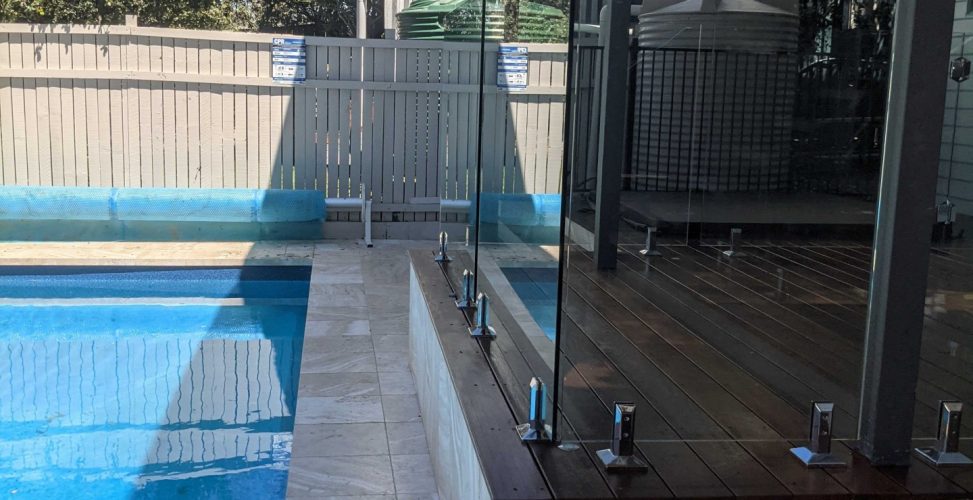 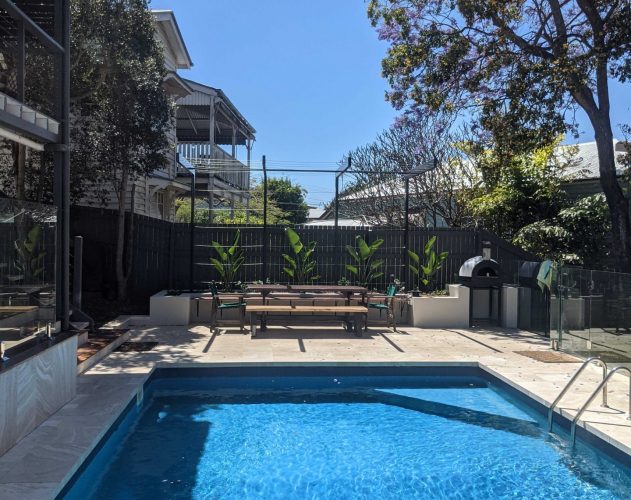 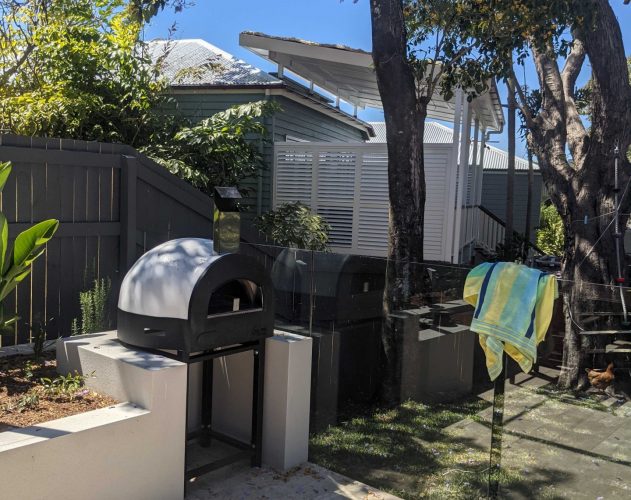 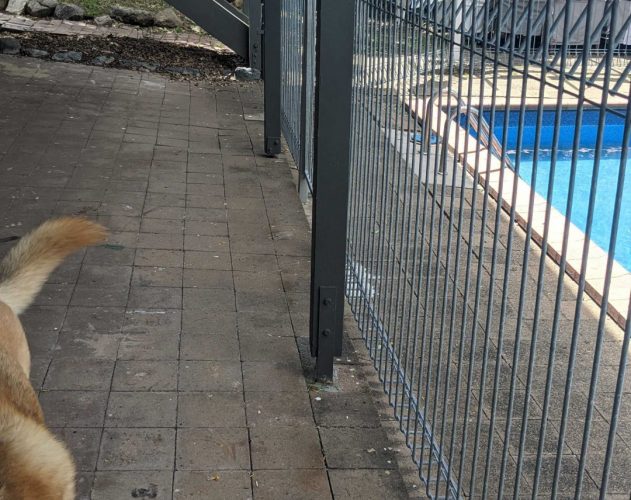