Having a garden that is soft and comforting, large enough to kick a ball about, climb a tree and smell the flowers, somewhere you can relax outside with extended family and friends while the kids play is more or less a dream for all families. But when we came to visit this land locked Ashgrove property, it was clear this backyard was full of potential.

The key understated feature in this garden was to use the existing level change to its own advantage. Creating a fun green slope topped with a large platform under the existing Frangipani tree – perfect for sitting beanbags under on a hot summers day – meant that we were able to add in a pool that directly connected with the house. By extending out the existing deck and having the pool sit flush with this new verandah, meant that that this outdoor room was now complete. There was a clear connection with the house and its internal rooms, allowing for continuous outdoor living, no matter the size of the party.

The hardwood timber fence along the back, proves itself as a stand alone feature. The Ornamental Grass featuring in front of it, helps to soften the battens, as the red stain draws a direct reference to the colour of the deck. We intended to keep as many of the existing mature trees as possible, especially the three Golden Canes which now create a resort like feel complete with a water feature at the end of the pool. 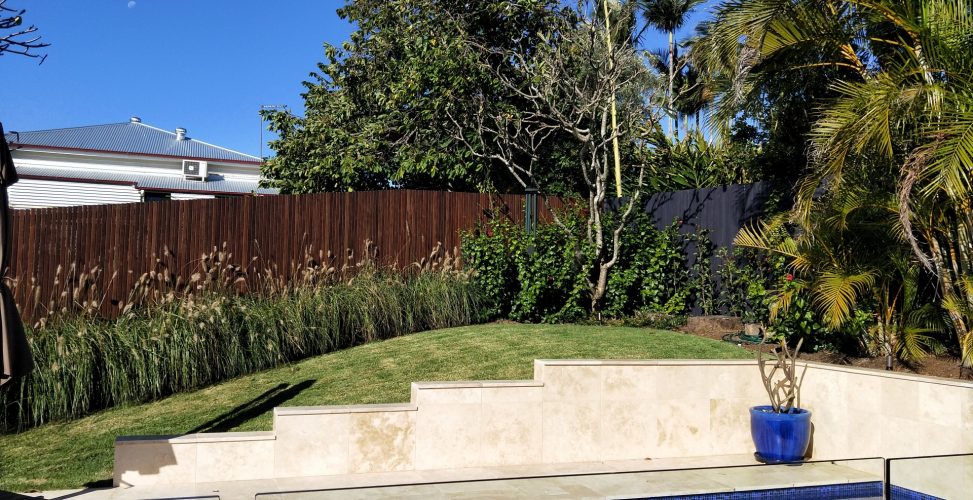 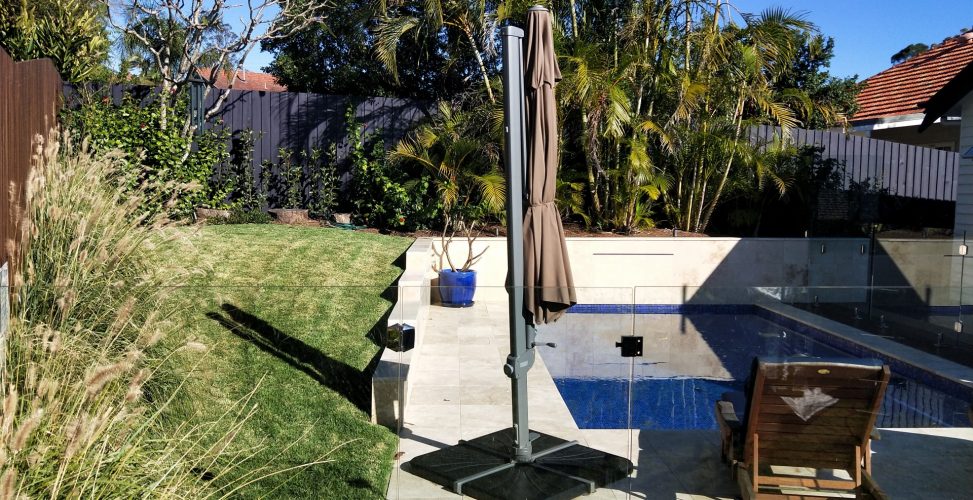 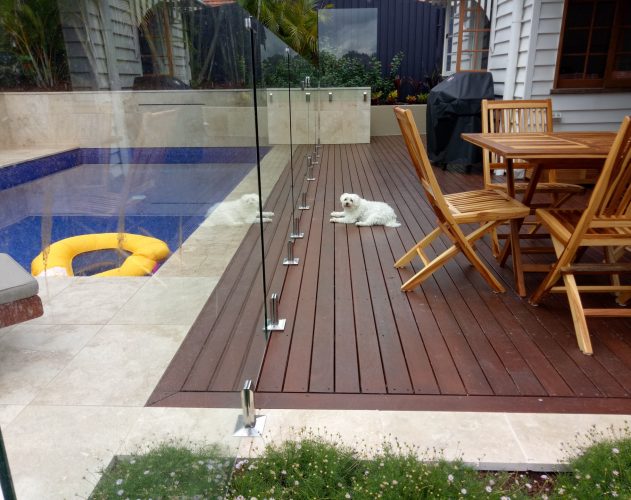 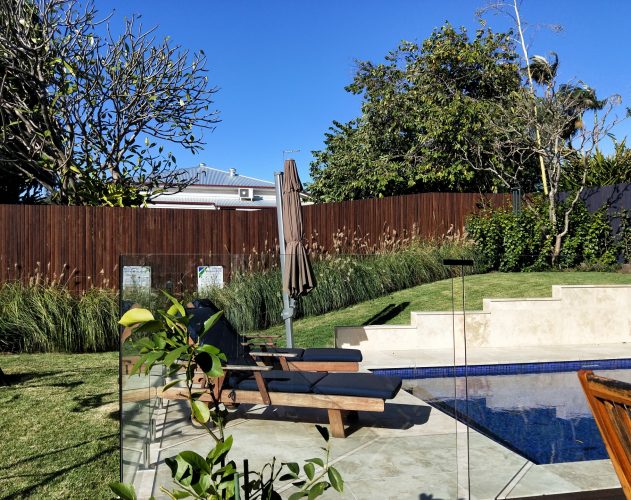 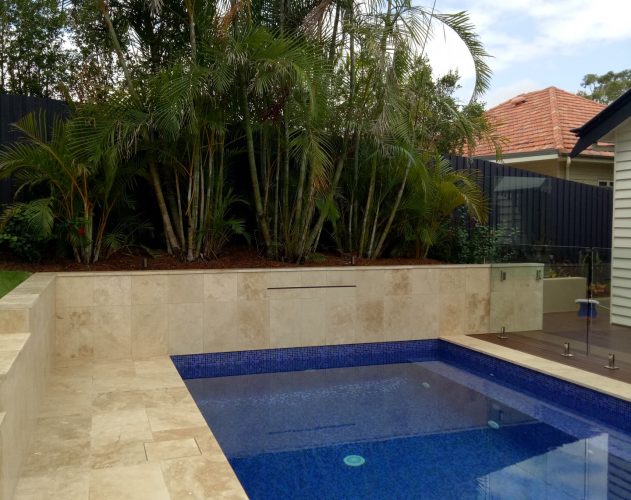 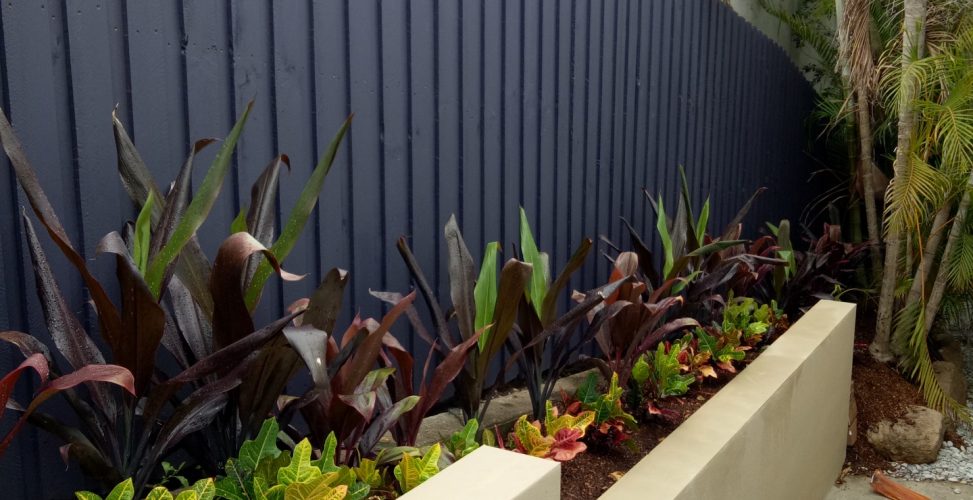 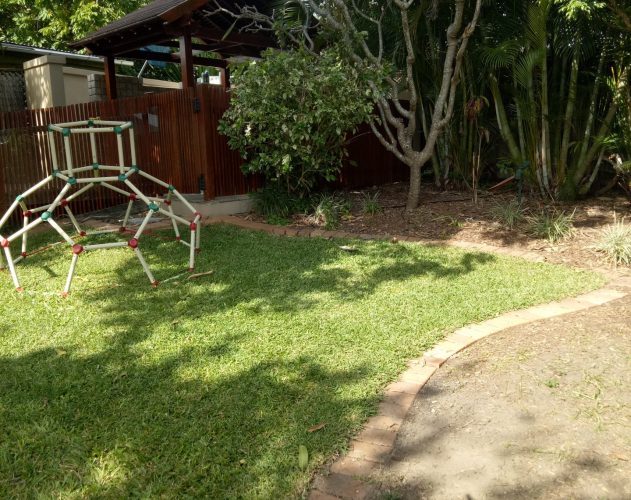 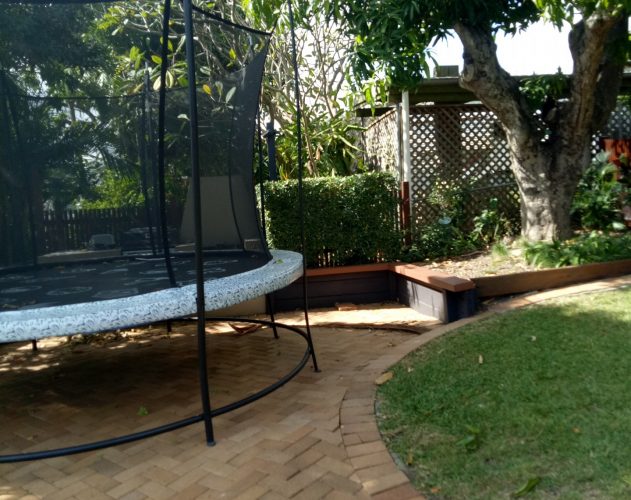 LIKE WHAT YOU SEE? LET'S GET STARTED ON YOUR PROJECT